Historical Fiction - with a twist...

The Wildewood Chronicles- new meets old and there's a definite culture clash, when Grace a thoroughly modern 21st century girl finds herself back in 13th century Northumberland. If you like your knights a little less than chivilrous, then Miles of Wildewood and his personal mission of revenge at almost any cost, is for you. Based very loosely on historical facts and the rich lore that steeps this wild area, a marvellous tale of murder, treasure and love. 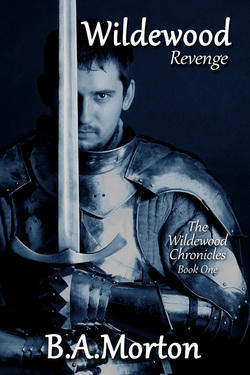 Grace seeks an escape from a life full of misadventure. Miles is on a mission righting wrongs. When they meet in the midst of a winter forest, Miles sees Grace as the answer to all his problems. He's short of funds and she'll be worth a pretty penny, whether she likes it or not.

Coming soon - Miles seeks to redeem himself in his quest to secure the future of a foundling boy with a secret and dangerous past. Longstanding Templar allies join forces and horrors best forgotten are unleashed in this gripping tale of good versus evil.

Wildewood - Honour
Coming soon - When unrest across the border threatens Wildewood and those he holds dear, Miles must decide whether to uphold his duty to the King or his oath to a Scottish leader. Can Miles put honour before his long awaited need for revenge?
Powered by